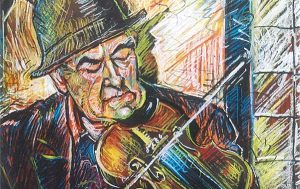 The festival honours renowned fiddle player, the late John ‘The Tae’ Gallagher, who was born in West End, Ardara in 1923. At the age of four he began playing the fiddle and at the age of five he gave his first performance at a local concert.

From this he progressed to playing at dance halls and finally solo playing at special functions etc. He also performed complex duets with another local fiddler called James Josie ‘The Post’ McHugh.

John ‘The Tae’ Gallagher won Oireachtas Senior Fiddle competition in 1956 and in 1959 won the All Ireland Senior Competition at the Fleadh in Thurles. 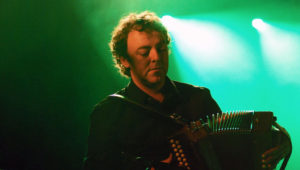 The Festival Committee is delighted to announce that accordion virtuoso Dermot Byrne will be Guest of Honour at the Cup of Tae Festival 2020. Dermot is one of Ireland’s most ...
Read More